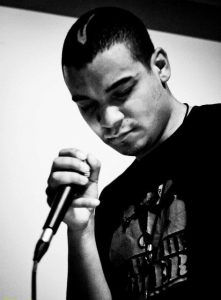 World-record holding beatboxer Testament knows a thing or two about using the human voice in inventive and awe-inspiring ways.

Fresh from appearances on BBC Radio 1 and a guest slot on Blue Peter, acclaimed rapper Testament explores the origins of hip hop from the Bronx, NY all the way to Huddersfield, WY, and the UK hip hop and grime we see today. He also reveals that rap has its roots surprisingly close to home!

Have fun watching our coolest Library Adventures Live! session while developing an understanding of sound, rhythm and rhyme, the building blocks of not just beatboxing and rap music – but also poetry. Learn from an expert how to write your own rap verse. 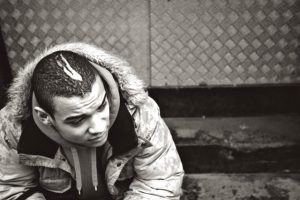 Testament is a pioneer in his field. He began beatboxing at the age of 11 and has been facilitating workshops for over 15 years. His work as a rapper, beatboxer, spoken word artist, and theatre-maker has led him to work with MTV, BBC 1xtra, The Roundhouse and Sky Arts. His play Black Men Walking was nominated at the UK Theatre Awards and the Writer Guild Awards. Testament’s work includes the celebrated Hip-Hop album Homecut: No Freedom Without Sacrifice and play Blake Remixed.